Meet the cast and crew of “John Doe” 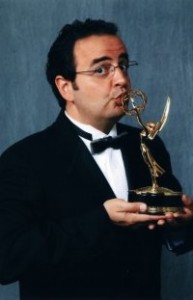 Robert is a 15-time Emmy Award winning TV producer with almost 25 years of experience. He has received awards for his work, both behind and in front of the camera and ranging from writing to editing, art direction, animation and directing. He is currently the V.P. Director of Operations and Creative Services for Entravision Communications’ Univision, Telemundo, Telefutura and MyTV13 stations. Since moving from Mexico City to San Diego in 1998, Robert has been involved in the world of theater with a Spanish-language company called “Teatro Punto y Coma”. He’s starred in 7 plays, two of which he wrote and the last also directed.

His first play, “The Confession” (2004), became the company’s first ever English-language production and, with a cast of over 25 actors and dancers, it was also the biggest play ever produced by the Punto y Coma.

In 2010, after almost two years in pre-production and rehearsal, “The Show Across the Street” was Robert’s first time at the helm, directing a critically acclaimed comedy about the making of “Fiddler on the Roof, Part II” 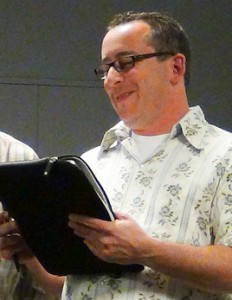 Michael has an MFA in theater directing from UCSD.

He has taught teenagers around the world with the International Schools Theatre Association and in San Diego with the La Jolla Playhouse, the Old Globe Theatre, Playwrights Project, San Diego City Schools and Canyon Crest Academy. He also teaches undergrads at UC San Diego in basic acting and improvisation.

As a director, Michael has directed around 50 productions in both educational and professional settings. He’s most proud of the time he spent with the national tours of RENT and the three productions he’s done of WAITING FOR GODOT. 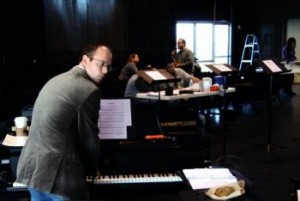 Andy is very excited to be involved in the musical “John Doe”.  Some of his credits include: The National Tours of: “Footloose”, “The Music Man”, “Titanic”. On the Regional level, Andy has been the Music Director and Arranger for “The Weathermen” at the La Jolla Playhouse, orchestrations for “Father Bingo” (premier) at Orchestra Hall, Detroit. Locally: “Beehive” and
“I Love You You’re Perfect Now Change” for Theatre in Old Town, “How to Treat a Lady” and “Baby” for North Coast Rep. Over twenty shows at the Lawrence Welk Resort, including “Evita”, “Oklahoma!”, and “Joseph”. Andy holds a Masters in piano performance from the University of Surrey, UK, and is working on Masters in British Literature at San Diego State University. 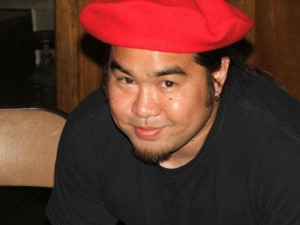 Andy was a winner of the California Young Playwrights Contest in 1994, where his play The Cultural Hyphen was praised and endorsed by playwrights David Henry Hwang and Edward Albee. In 1995, he Co-founded the San Diego Asian American Repertory Theatre where he was the company’s Producing Artistic Director. For ten years (’95-’05) he brought life to over thirty-five full stage productions, and countless staged readings.

In 2001 Andy helped inaugurate San Diego’s first Asian Pacific Islander American Heritage Month Festival (’01-’03). For his work he received an official mayoral commendation, and was recognized as one of the “Top 30 most influential Asian Americans Under the age of 30” (Political Circus Magazine ’01).

After receiving a grant from the California Civil Liberties Public Education Program through the California State Library, Andy, with the Asian Story Theatre, developed Dear Miss Breed(’07) at the Lyceum Theatre, based on the award winning book by Joanne Oppenheim. Andy is currently employed with the La Jolla Playhouse where he serves as the Theatre in Residence Program Coordinator, and continues to independently develop theatrical projects through his own Chinese Pirate Productions brand. 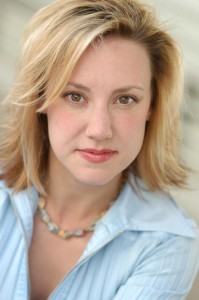 Courtney Corey is a director, choreographer, teacher, and actor, Ms. Corey was an original company member of both the Los Angeles and Chicago productions of WICKED, in which she performed the role of Elphaba, and was a featured sol

oist in the ensemble.
As a Wicked company member, she has appeared on numerous television shows, including THE TONIGHT SHOW WITH JAY LENO, and was featured as Elphaba in the WICKED/METRO ad campaign throughout Los Angeles.
Other acting credits include the 1st and 2nd National Tours of RENT (Maureen), as well as roles at the La Jolla Playhouse, The Old Globe, San Diego Rep, North Coast Rep and others.
Directing/Choreography credits include: EVITA, A YEAR WITH FROG AND TOAD, THE TENDER TRAP, and several productions of RENT. She is a recipient of the Inland
Theatre League’s 2011 Award for Direction and Choreography for her production of EVITA.

Nadja graduated from the prestigious UCSD Department of Theatre with an MFA in design and she also trained at the Graduate School of Film and Theatre at UCLA.

She works in film as well as theatre having served as art director on several Disney productions filmed locally in San Diego; The Jennie Project and Motocrossed. Other film credits include the Academy Award winning Traffic, as well as For the Boys and K-9.

Theatre productions include “Having Our Say” at the La Jolla Playhouse, “Wedding on the Eiffel Tower” at the San Diego Rep., “The Painting” at the San Diego Rep.,”Why We Have a Body” at the Diversionary Theatre, “Macbeth”, “Mad Forest”, and “Don Juan” at UCSD. More recent collaborations with our dear friend and brilliant director Michael Schwartz have included “The Oresteia”, “The King Stag” and “Batboy” at The Envision Theatre.
Nadja has won acclaim for several of her inspired designs including
the San Diego Playbill “Billie” Award for Outstanding Costume Design for “The Wedding on the Eiffel Tower” as well as the National Youth Theatre Award for Outstanding Costume Design for “The King Stag”. 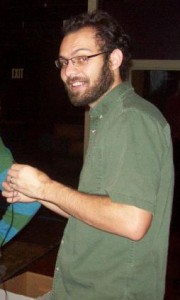 Kevin will be responsible for making “John Doe” sound like a true musical.

Kevin is a San Diego-based

To get the latest update of me and my works